Funny moment at my show at the Olympia Timberland Library last week:  I called attention to the magic books on a cart that were available for checkout.  Immediately one boy jumps up and grabs one.  Then another kid, and in less than 20 seconds all of the books were snatched up.  I just looked on in disbelief.  They didn’t even know which books they were taking! 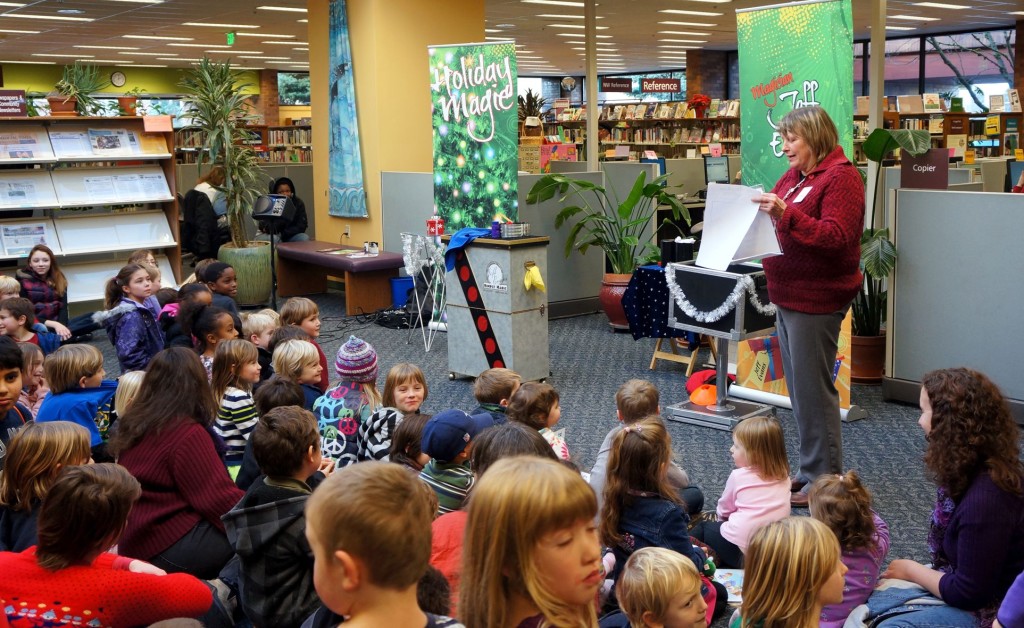 Books are magical, and I am a huge fan of reading. In elementary school I remember reading every day on the bus to and from school, and even during recess when it was really rainy outside.  I even won a pumpkin for the school library’s reading competition!

Many of the hobbies and interests that I have were sparked by reading a book that I checked out at the library.  When I leave the library with a book (or book on CD, or DVD, etc.) I feel like I’m getting something for free.  Of course, I know that part of my property taxes go towards paying for these services, but I consider it a great value. 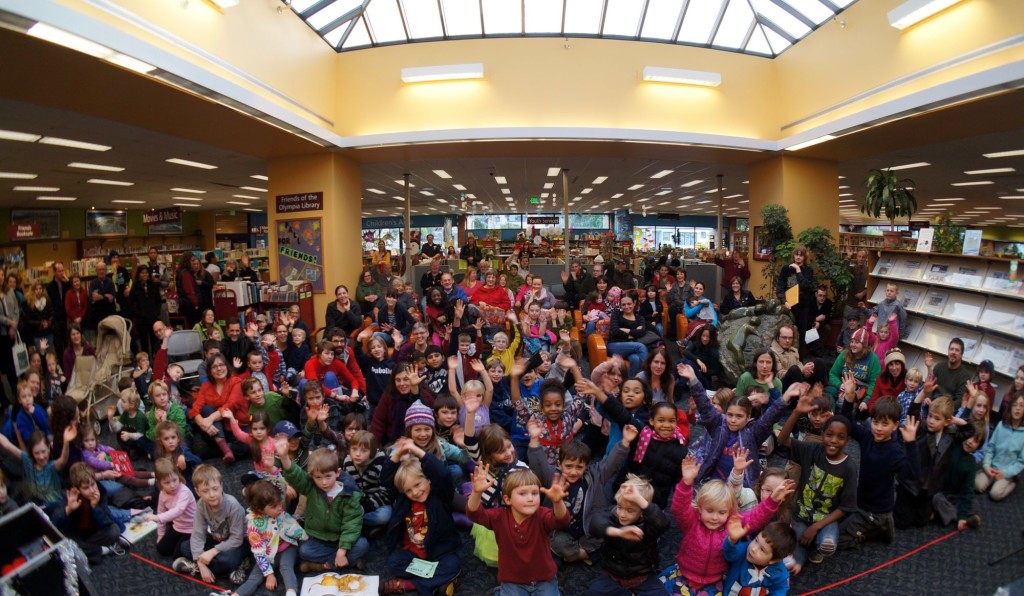 How popular are the Olympia Timberland Library’s programs?  Too popular to fit in their meeting room!

It’s hard to believe I’ve been doing magic shows for libraries for 21 consecutive years.  I’m not sure why I first approached the Lacey Timberland Library during my summer vacation in 1992.  Children’s librarian Bob Stalder was excited to hear that I performed magic and had an idea.  As part of the Summer Reading Program he and fellow librarian Nancy Shutz went on the road with the “Bob and Nancy Show” performing with puppets, music, and stories for the Olympia, Tumwater, and Lacey Timberland Libraries.  Would I like to join them as they visited the three local libraries?  Yes!

Brief history:  at the time, the Lacey Library was just a few years old – it had been at what later became Goodwill, and near what is now Harbor Freight Tools.  The Tumwater Library was located in a strip mall, but due to limited space the program was held at another site.

My initiation into library programs was a success.  I performed about ten or twelve minutes of magic, had a blast, and the kids and librarians enjoyed it too.  The Olympian ran an article with a photo on the programs.  I received a small mention with my name in print, which thrilled me.  (I got to read about it early, too, as I flipped to the local section before delivering the paper that morning to the rest of my route.)  Thus began my career in performing for library reading programs!

A few more photos from my visits to libraries in December… 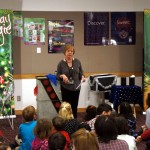 Laurin at the Kent Regional Library 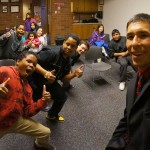 Not your typical “library audience” at White Center! 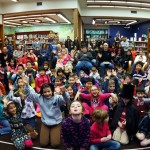 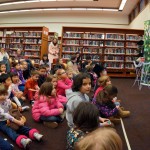 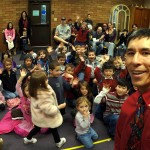 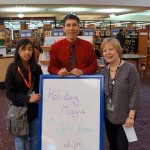 As I write this it is early January, yet I’ve already scheduled over a dozen library programs for their busy season:  the Summer Reading Program.  I already have some fun ideas planned for my Dig Into Magic show.

This entry was posted in Uncategorized. Bookmark the permalink.