Three words for the new Federal Way 320th Library:  airy, open, and high-tech.  The building’s design makes great use of glass to make the space seem even larger.  A family walked up to me as I was setting up for my magic show and, thinking I worked there, asked if the far wall was open to the outside.  (It’s actually glass, but the panels were so clean that it literally looked like you could have stepped outside into the beauty bark!) 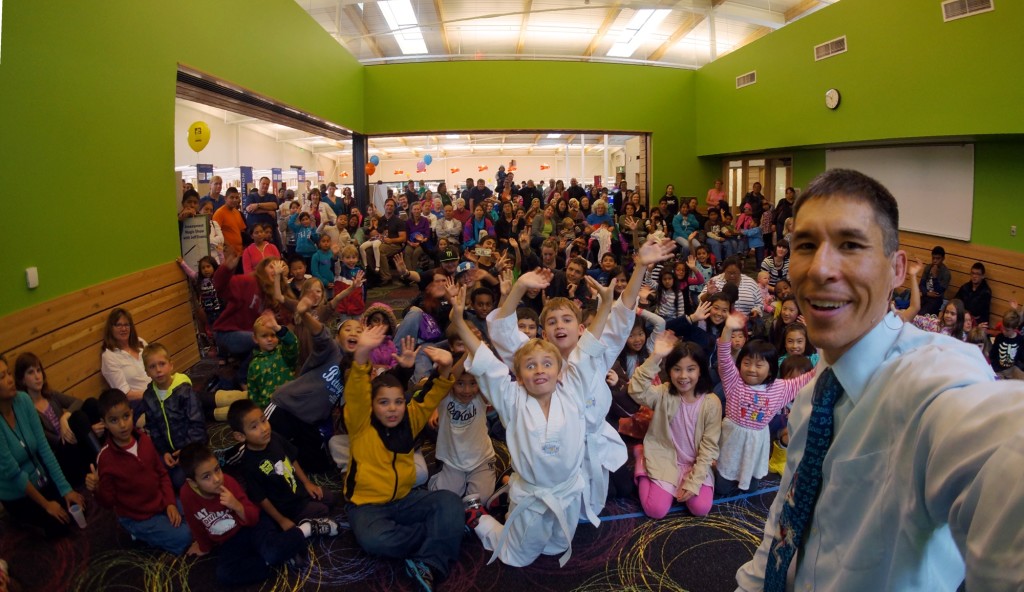 When I was inside the large program room, at first I thought that partitions only ran half-way up along the outside edge, providing a visual buffer from the rest of the main library space.  No – large panes of glass extend all the way up to the ceiling, meaning that the space is acoustically separate from the rest of the building, a definite plus. 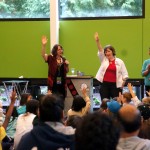 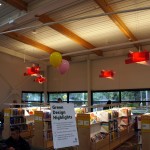 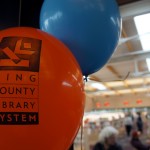 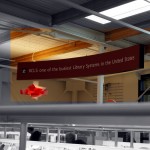 No joke, patrons packed the library for the Grand Opening

Fun fact:  patrons can check out and download electronic media the same way they borrowed traditional books: after three weeks, it’s another patron’s turn. The library buys a limited number of electronic copies that are available to loan.

The library also installed touch-screen media stations that let patrons sample ebooks, for example, then download the items to a smartphone or mobile device.

Fun fact:  the library no longer carries VHS videotapes or books on cassettes.  (Don’t be sad; when was the last time you watched a VHS tape?)

I arrived after the ribbon-cutting ceremony, but the place was so busy that a dozen people had parked in the streets of the nearby neighborhood.  I’ve had the privilege of performing for many library grand openings and anniversary celebrations over the years, including ones for the Lacey Timberland Library, Amanda Park Timberland Library, Chehalis Timberland Library, Sammamish Library, Kenmore Library, Mukilteo Library, Lake Forest Park Library, Key Center Library, and University Place Library.  Whew!

Learn about my upcoming public shows:  be a fan on Facebook.