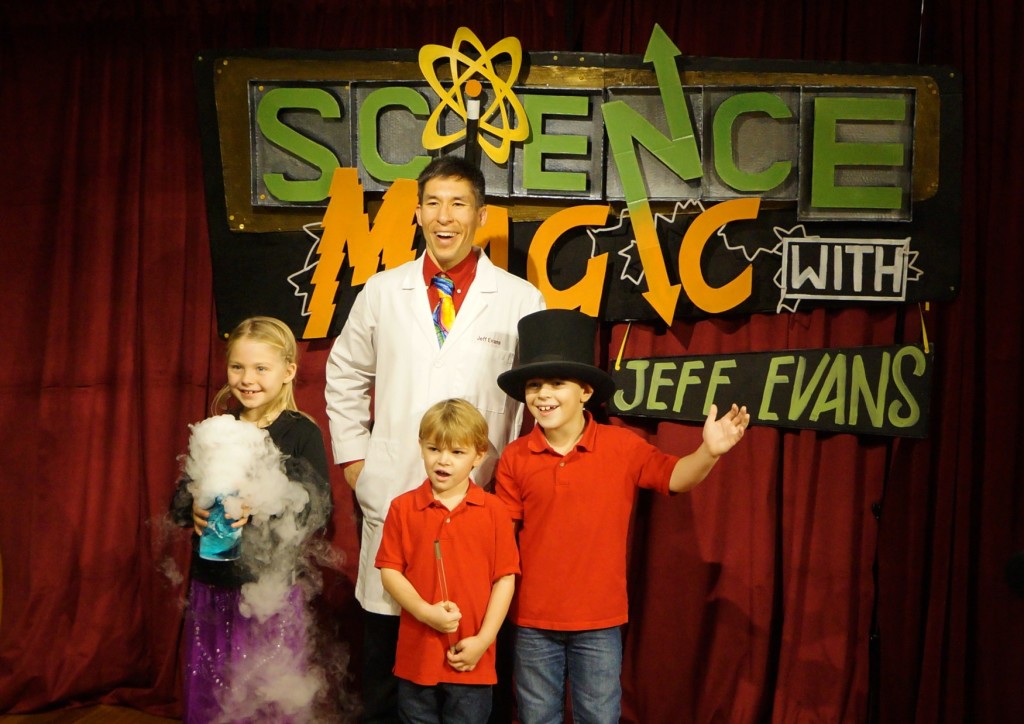 Blayke, Jeff, Logan, and Devin on the set of Science Magic

I’ve been presenting my Science Magic shows for libraries, schools, and special events since 1998.  The past year I’ve wanted to create videos designed for elementary-age kids who want simple and fun experiments that can be done at home using everyday items.  Last weekend my team and I taped the first of two volumes of my Science Magic DVDs. 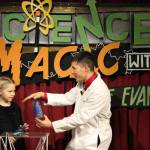 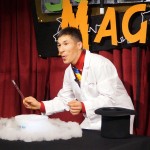 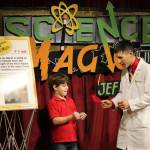 Devin and Jeff discuss forces between a pencil and a feather 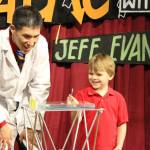 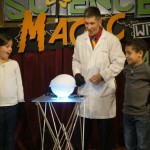 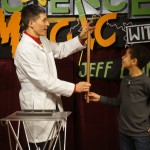 This Eddy Current tube looks about as close to real magic as you can get. 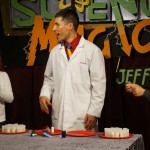 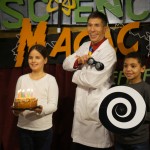 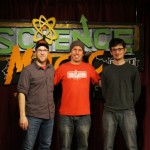 Josh, Syd, and Preston are making the magic happen behind the cameras. Very fortunate to have a super crew like this!

Videographers Syd, Josh, and Preston got some great footage.  Linae took still photos (featured here) and Rachel created the fantastic Science Magic backdrop sign.  We filmed at the Hands-On Children’s Museum in downtown Olympia.  The second video shoot isn’t for a few more weeks, and after that the editing and authoring for DVD will begin.  My goal is to have finished DVDs available by spring 2015.  In the meantime, you can see some clips of the type of science demonstrations featured in the upcoming videos at www.sciencemagicvideos.com.  Be a fan on Facebook to stay up to date with details about the DVDs as well as upcoming public performances and more.