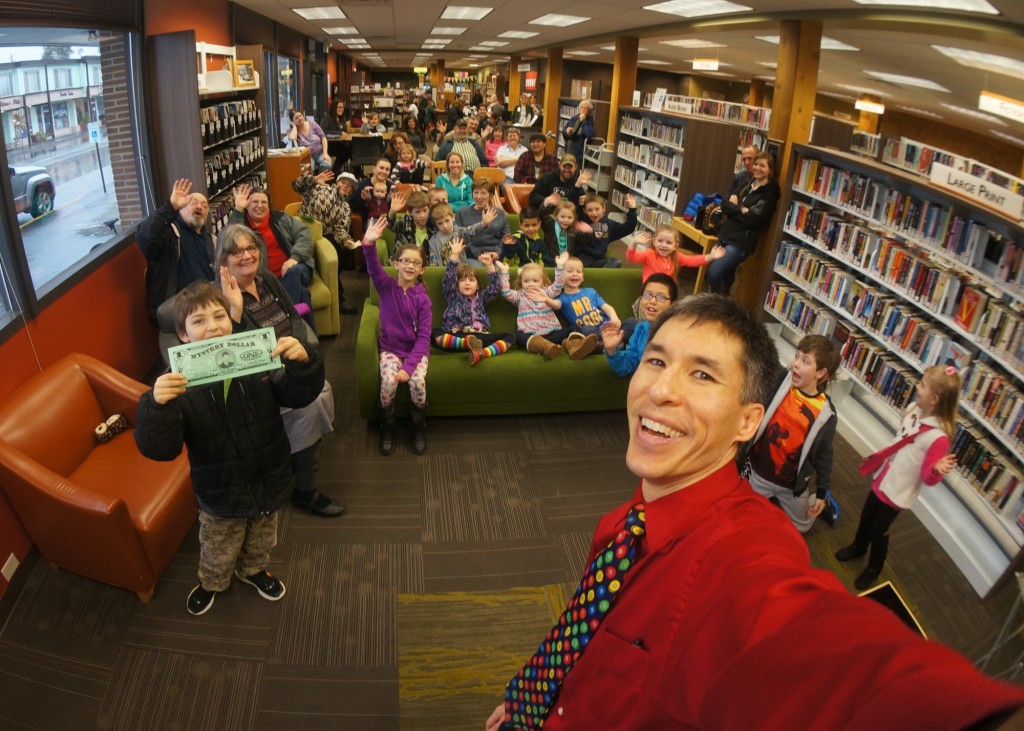 Magician Jeff Evans and fans at the Forks Library

Cape Flattery is the most northwest corner of the contiguous United State.  It is in Clallam County on the Olympic Peninsula where the Strait of Juan de Fuca joins the Pacific Ocean.  Clallam Bay is a small city just southeast of that point.  My mini-tour of the North Olympic Library System began there where librarian Theresa and staff annually host a big Valentine’s Day party.  It included refreshments, a fundraising auction (all items donated by patrons), and a “Chinese lottery” where attendees purchased tickets for the chance to win items. All proceeds go to the Friends of the Library so they can do fun things… like host magic shows! 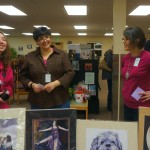 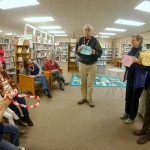 Very cool to have a show that appeals to kids, teens, and seniors 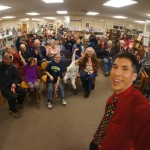 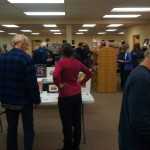 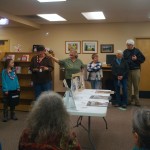 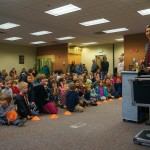 Also on my tour were magic shows for the Port Angeles Library (packed with 200 kids and parents) and Forks (famous home of the Twilight series of books). 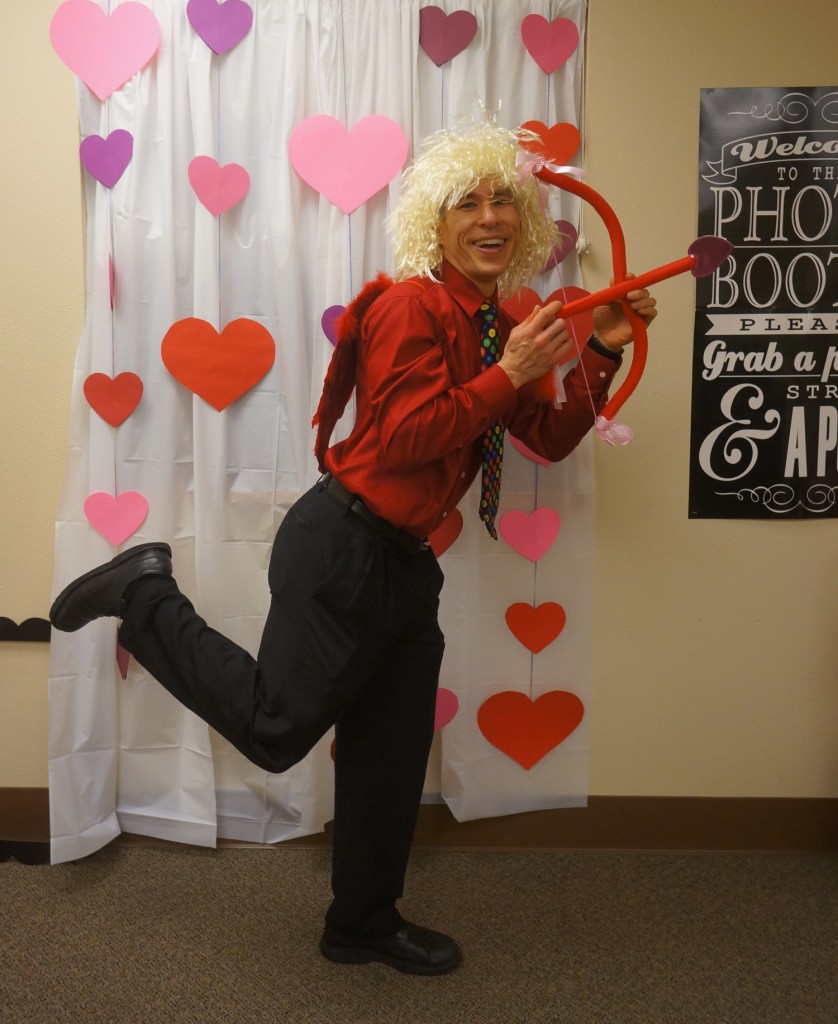 “Will you be my Valentine?”