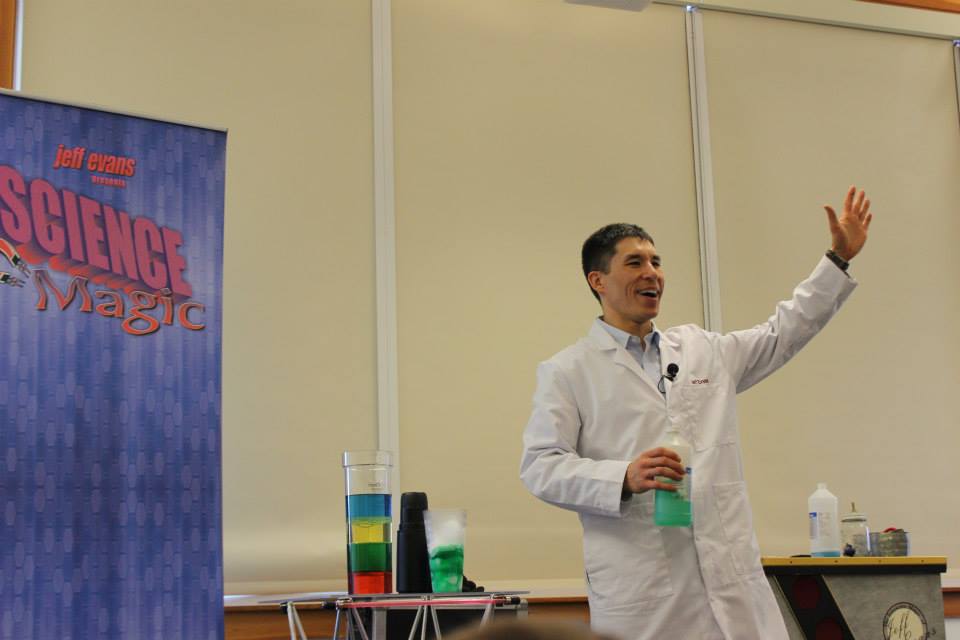 It was a double-header for me performing for the Richmond Beach Library and Shoreline Library in the same day.  A big thanks to the Friends of the Library and the King County Library System (KCLS) for sponsoring my visits!  It’s not unusual for me to do two – and sometimes three – programs in one day, but in this case I presented Science Magic at Richmond Beach and Reading Magic at Shoreline.  This means carrying two completely different shows, which is a little tricky to prepare and perform.

“Superfans” Linae Graupmann and her sons, Devin and Logan, set a new record for seeing BOTH of my shows.  And, Linae was nice enough to take photos AND videos and share them with you!  Devin is an amateur magician and loves being in front of audiences, whether it’s performing magic, playing guitar, or just being in the spotlight.  He has been in several of my shows over the years, and he and Linae attend the Lynnwood Magic Ring’s program for junior magicians, the Ring of Smoke.

It made my day seeing two kids who attended my program at the Shoreline Library getting their KCLS library card afterwards so they could check out magic books.

Thanks to librarians Leslie at Richmond Beach and Laurie at Shoreline for hosting me and making sure everything ran smoothly.  And, it was nice seeing long-time Richmond Beach and Shoreline librarian and manager Anina.  She recently celebrated 40 years with the King County Library System! 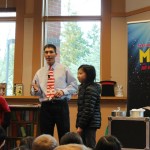 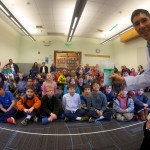 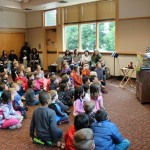 Mesmerized at the Shoreline Library. Photo by Linae Graupmann. 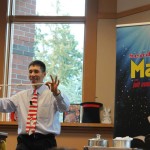 It’s only February, but my June-July-August schedule is already packed with tons of Science Magic performances this year.  I’ll be all over western Washington at numerous King County Library System, Pierce County Library System, Seattle Public Library, Tacoma Public Library, Timberland Regional Library, and Sno-Isle Libraries.  In addition to those, I’ll be visiting some new cities and libraries I’ve never even heard of.  Tokeland, Burbank, Touchet, and others – I can’t wait!

If you’re not already, be a Facebook fan so you’re the first to know as I publish my summer public show schedule.